Travel through the Franche-Comté and the Jura Mountains guided by the four elements. With the room & dining formula, you can explore this area as if you were at home and yet off the beaten track. The magic of this formula allows a renewal at every stay.

Here are some ideas for walks around the Ravières farm; there is something for every taste, from mineral to plant without forgetting the human, richly authentic heart of the Jura Mountains.

This Jura remote shelters a chapel and a convent that tells the story of Francis of Palu, sire of Varambon.
A relatively short but sporty ride (3 km but two hours of walking), it is one of the most majestic of Franche-Comte and it gives you the opportunity to meditate, exercise and recharge.

La vallée du Dessoubre (Dessoubre Valley)
This great site of a rare beauty is protected by the Joint Association of Watchmaker’s Country (Syndicat Mixte du Pays Horloger). Its environmental quality and landscape is one of the issues included in its Charter for Sustainable Development

It is a Folk Museum whose pieces are full of furniture and antiques, so that you can imagine for a moment the lifestyle from Franche-Comté of the last century. 30.000 to 35.000 tourists visit this farm each year from April to November.

Around Villiers-le-Lac, Doubs broadens into Lake Chaillexon. Further on the river returns to its natural level by a stunning collapse, the famous jump. 27 meters high, the waterfall is impressive and it falls in a bubbling foam on the rocks of the Morron Lake.
To get there from Villiers, you can take a boat ride, or follow a marked path on foot. In both cases you have access to two viewpoints where the view is gorgeous.
Filed Grand National Site, the jump of Doubs is inevitably a major step towards staying in the region.

La grotte de La Glacière (The Cave of The Icehouse)

This Icehouse is unique in France and measures 525 meters of height. You can admire towering limestone concretions, fossils (crabs …), 500 minerals from around the world.

Situated at 15km from Besançon, this outdoor museum gives you the opportunity to discover the Franche-Comté on a 15-acre park.
30 buildings including a farm, gardens, vegetable gardens, animals are waiting for you… It is an ideal place if you want to spend a weekend or a family outing.
Many activities are proposed:  workshops, courses, exhibitions for children and adults.You can eat (at the restaurant) or pique-nique on the spot.

Managed by the Ministry of Culture since 1971, it is owned by the Department of Doubs, which ensures the financing and running.
In 2003, the Doubs’ General Council decided to make an ambitious cultural project called “Development of the Country of Courbet”. The project’s aim is to transform the Omans’ County museum in order to increase the number of tourists and to be complied to conservation standards and safety requirements as for any museum labeled “Museum of France”.

Belvoir belongs to the uplands. It’s varied and picturesque land inspired painters of the twentieth century such as Jules Emille Zingg, Andre Charigny and Pierre Jouffroy.

After thirty years of work, one of the most impressive square at the time was achieved in 1711. Besançon is a particularly exceptional town as it resemble to a loop formed by a meander of the Doubs, closed by a hill. 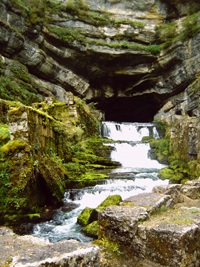 They are near Ouhans in the department of Doubs. It springs as a cascade into a massive rocky area of 100 meters high. In August 1901 a fire broke out in Pontarlier in the factories that manufactured Pernod pastis and absinthe. To avoid the expantion of the disaster, the cisterns of pastis and absinthe were discharged into the Doubs river, which was near the plant and which became green. Three days later, Loue river had the same fate. We had just discovered that Loue river was a resurgence of the Doubs. The waters of the Loue therefore come from Doubs river losses between Pontarlier and Morteau. This fact was verified by staining Doubs. 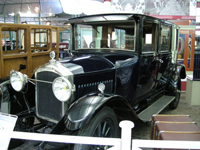 In 1982, Pierre Peugeot, Chairman of the Supervisory Board of PSA Peugeot-Citroen, created the association “The Peugeot Adventure” whose purpose is to collect and animate everything that’s related with the heritage of Peugeot industry. The bases of this museum are established since 1984 where visitors can witness the expertise of thousands of workers of the Peugeot industry.
The museum, in its original version, was inaugurated in July 1988 and has tripled its exhibition space and reception in June 2000. 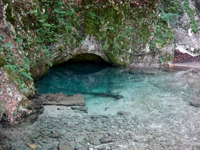 Located near St Point Lake, this spring is reachable either by a short walk of 6.5 km through the forest, either directly by the road, then 10 minutes on foot after parking your car. Due to the refraction of light travelling through the caves, the source at its output seen tinted blue.

All those great sights of the green Franche-Comte lead to a beautiful small border country, Switzerland on the other side of the Jura mountains, with it’s clocks and chocolate are above all, the small villages that will introduce you to another world.